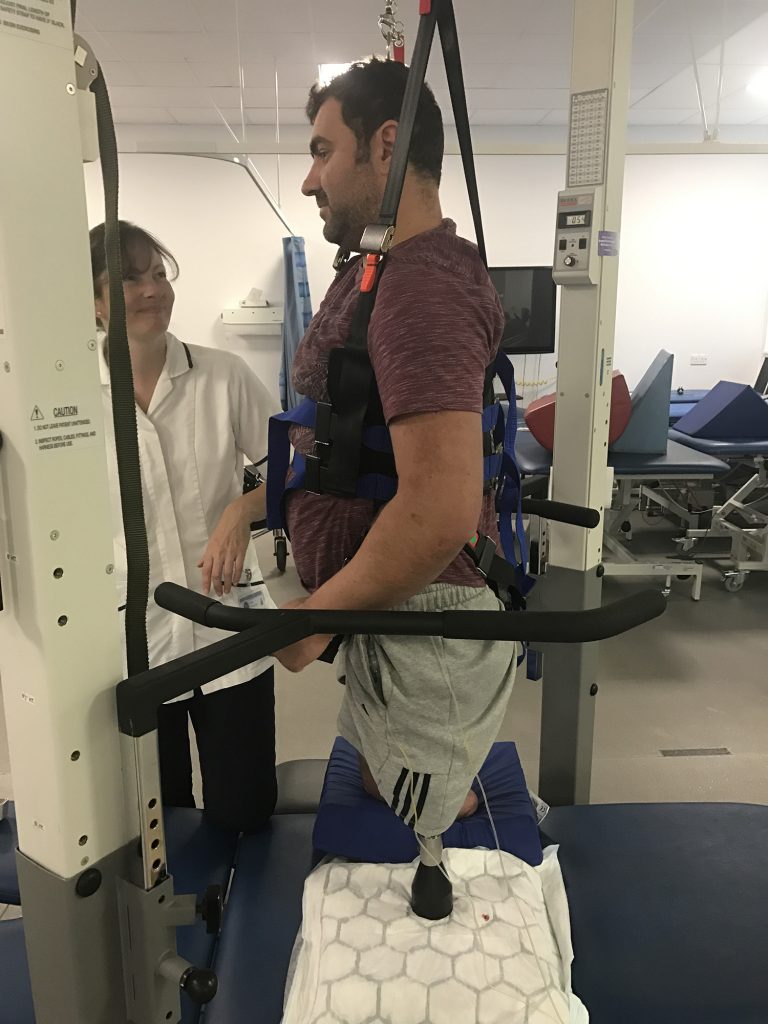 Some times in life you need to take a step backwards so you can move forward and that’s exactly what I have had to do.

Being used to getting up in the morning putting my legs on and going about daily routine had become the norm for me taking the boy to school, feeding the chickens and getting stuff off the top shelf in the kitchen was what I was used to doing every day.

Having this operation has been a massive backwards step for me and on the third day after the op I really questioned myself about maybe having made the wrong decision. I woke up about 02:30 in pain and pressed the button for the morphine but just felt cold liquid run down my arm I put the lights on and realised the cannula had partly come out of my arm so the morphine was not getting into me..! I pressed the buzzer and a nurse came and said she would need to call the doctor to come put another cannula in which I know would be difficult as they where running out of veins in my arm ! At the same time the IV nerve block needed changing so the nurse got busy doing that as we waited for the doctor but as she was changing one of the bags of morphine a clip or something broke so she had to get another bag which took about 45 minutes..! During that time I was in the worst pain ever and just kept thinking What the fuck have I done to myself ! Why have I had this operation everything was ok before this and now I’m in the worst pain imaginable what a fucking idiot I am. I was crying and in a very bad place in my mind it seemed to last forever but about 45 minutes later the nurse was back and hooked up a new bag and got my pain under control the doctor come and very quick got a new cannula in so I could press that magic button.

As quickly as the pain relief had worn off it came back and i was lay in bed relaxing with a cup of tea.

I have got to say the nursing staff both military and civilian at the QE are outstanding and can’t do enough to make you feel comfortable and at ease with any procedures they have to do.

So being back in the wheelchair has been hard to get used to again. Don’t get me wrong I used a wheelchair before but was mainly just for showering or chilling out. I used to treat my legs like most people treat there shoes and after a long day I would take them off and use the chair.
I guess that’s my backwards step but I know once this initial period at Headley court is over the step forward will be massive and one that will benefit my family not just me.

So after day three the weight bearing on the osseointegration pin started and i did 5kg twice a day for 40 minutes each time until I was upto 50kg as that was the requirement to move on to Headley court. I managed to achieve this in 14 days. I had the Saturday and Sunday as rest days and one day in the week because I was knackered. It was strange because all I was doing was standing up in a hoist weight bearing just 5kg but I was sweating like crazy and at the end of 40 minutes was knackered a shaking and needed to put ice packs on my leg ! Muscles I had not used for 8 years because of the socket where going crazy and felt like they where trying to jump out my leg. By the 14th day me and the other lads had all achieved 50kg so we had the weekend at home and now the second phase starts.